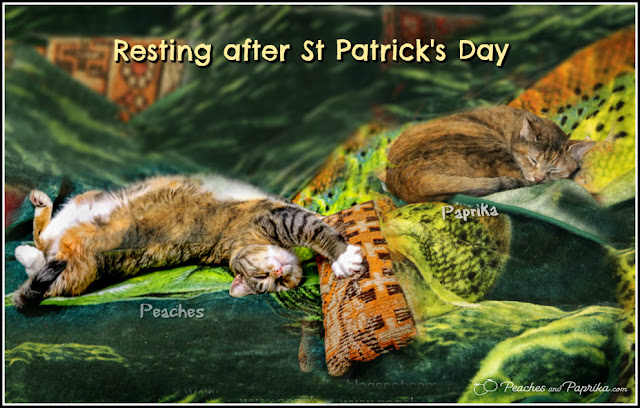 Good morning, Paprika here! St. Patrick's Day turned out to be far wilder than we realized. We have some serious sleeping to do to recover!  It started out with a simple prayer and blessing.  We all felt that was the right way to respond.

Our trip to the Cat Bar

But then our human wanted to go out and celebrate at a local restaurant and they were CLOSED due to something called a Pan-demic.  What the Claw...?


After serious investi-cat-ions, we found that  CAT BARS were still open! Catnip Beer was freely flowing  Well we told her we'd represent her by attending a party and making merry.

Trapped but then Escaped

Unfortunately  Peaches talked me into over-indulging. THIS is what happened.  The big question:  how to extricate myself? 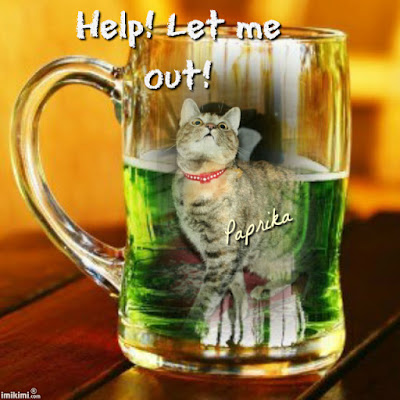 A local CAT-ron at the bar finally helped me crawl out. But not before I'd done some serious celebrations with the catnip beer!  You can see the state I was in below. 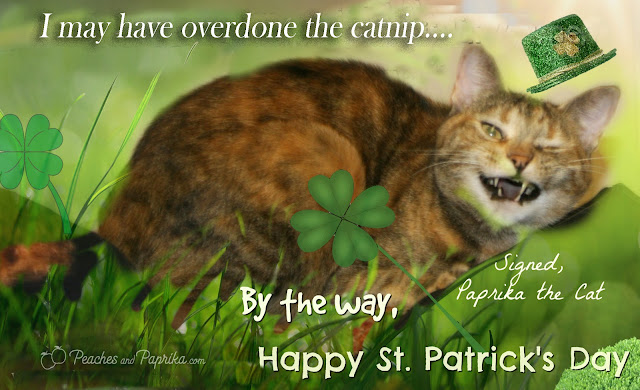 My human told me I was over-doing it and looked like some kind of were-wolf!  Nah...I greatly enjoyed the after-effects!  I hope where-ever you are, some joy came your way on St Cat-rick's Day!