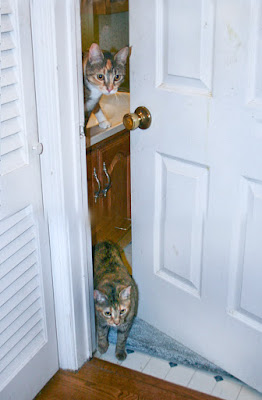 
as of today, we are thrilled to celebrate our "GOTCHA" day--4 years of living with our human in Connecticut.


Our first night in Chez Carol

Before that we were "shelter kitties" But In December 2012 our human, needing furrrballs just like us in her life came to get us! We spent the first night in a luxuriously appointed room  with soft rugs & TUNA.  By morning we were raring to go explore the rest of the house. Here we are at 1-1/2 years old, on our first morning "jaunt."

Our Life in New York and "the shelter"

We weren't always so lucky.  We had two OTHER humans in New York City before during the first year of our life. We thought they loved us. We became loving & sweet-natured animals, very demonstrative.  THEN ONE DAY they put in cages & took to a cold depressing building, They said it was for our own good cuz they were moving to Puerto Rico.

Maybe they thought since we had gorgeous ginger and black coloring and fabulous stripes we'd get adopted right away. But no one came to get us and day after day went by. My terrified sister Paprika caught the sniffles while we were waiting.  We were beside ourselves with grief and terror. Finally the shelter (called NYACC) decided we were "unadoptable" and put us on a list called "Death Row" - a list naming all cats to be killed the next morning.


How we were "saved"

Here starts the good part of our story. Hundreds of concerned humans watch this "Death Row List on Facebook. They share pictures of cats who win their hearts, they donate funds and they share our pictures. Here are some of the things loving & kind people posted which led to our rescue. 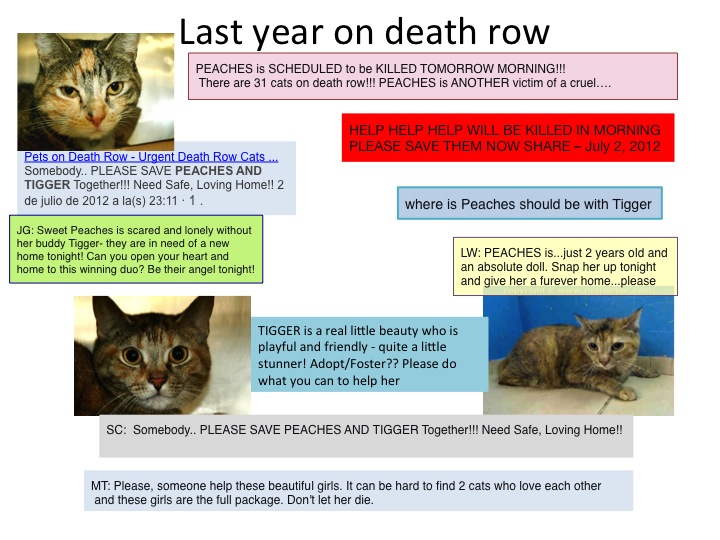 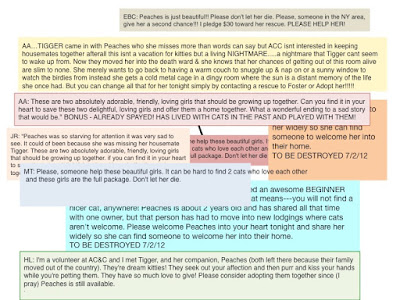 We were lucky and captured the hearts of many!  After a brief time (which didn't feel short to us) we were "pulled" from our near fate by a devoted rescue organization.


The White House in Connecticut 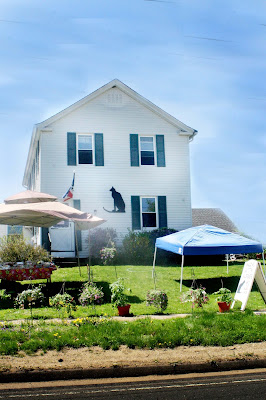 big white house in Connecituct. There were about 40 other cats but we were allowed to roam free and hang out near sunny windows while waiting for our forever homes.  Then we met our human, Carol. She fell in love with me on the internet after seeing my picture.  "I must have that cat!" she thought...  So she found the white house in Granby, Connecticut and met ME.  And my sister, of course!

I let her pick me up the first day! I don't let just anyone do THAT!


And Home we went!

She took both of us home because I would not leave without my sister Paprika (then called Tigger). 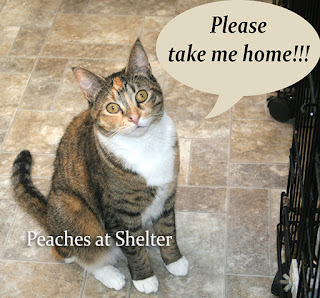 Of course she loves both of us now.  We are awaiting our 4th Christmas here!  We haven't got her trained completely, she still doesn't feed us enough tuna,  for example, but she is coming along!   Happy Holidays from both of us to all our 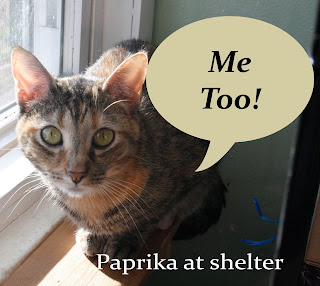 blogger friends, those wonderful kind humans who shared our story, our foster home where we were nursed back to heath, the kitties still in shelters and the angel kitties who graced our lives for all too short a time!